Call Today and Experience Why Referring Dentists Are Our #1 Source for New Clients!

Naperville has everything to offer new residents. It has the culture and excitement of a larger city, and the community spirit of a small town. Originally settled in the 1830's, Naperville offers a variety of historical attractions, excellent shopping and dining, and the beautiful River Walk. 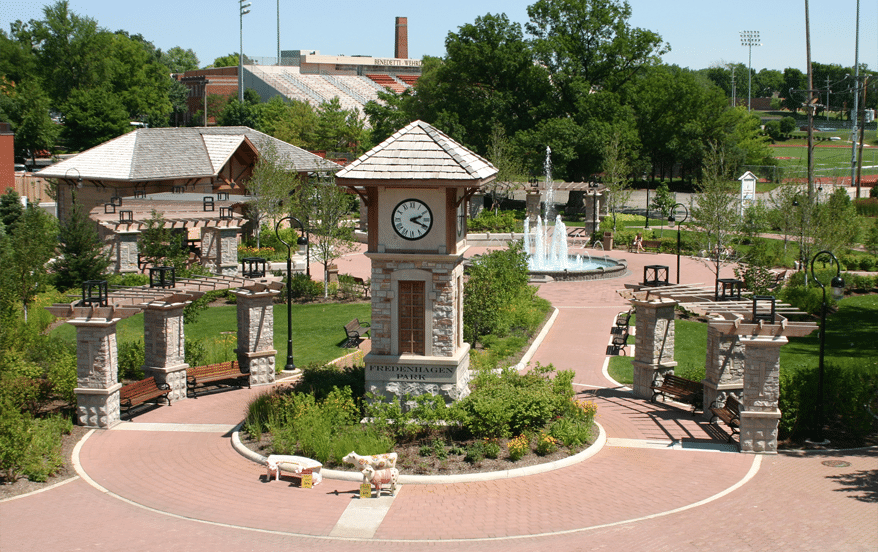 Naperville is the fifth largest city in Illinois with about 145,000 residents. Ranked as a top community in the United States to raise children, retire and start a home-based business, the city boasts nationally acclaimed schools, the best public library system in the country, and an exceptionally low crime rate.

Naperville prides itself on having a contagious "family spirit" atmosphere. In fact, Naperville has the distinction of being named "The #1 City in the United States to Raise Children". One reason for this is the excellence of the education system. Average scores on standardized tests are consistently among the highest in the state and in the nation. Naperville also offers an award-winning Park District program, a Children's Museum, and the "Safety Town" children's learning center. For detailed information on Naperville, visit www.naperville.net.

For those interested in the attractions of "The Windy City", downtown Chicago may be reached within an hour either by car or the nearby train system.

We Employ the Best

The dental technology field is growing at a remarkable rate, largely due to the aging "baby boom" generation and the increasing demand for cosmetic dentistry. Dental technicians are becoming more valuable and in-demand with this growing trend. The national average wage for dental technicians is over $13 per hour. DDS lab technician wages reach as high as $29.00 per hour.

"The national average wage for dental technicians is over $13 per hour. DDS lab technician wages reach as high as $29.00 per hour."

Distinctive Dental Studio, Ltd. compensates its technical staff at the top of the national scale. If you are a skilled technician or manager, and would like to work in a state of the art facility that appreciates your skills and opinions, we want to hear from you.

This is a highly skilled profession that requires a great deal of training. For entry-level individuals, DDS offers a paid training program to individuals with the right skills: Good problem-solving ability, fine hand-to-eye coordination, manual dexterity, and creative nature. This is an excellent opportunity to "earn while you learn" an exciting new profession.

If you would like to find out more about how we can help you, please give us a call or drop us an email.